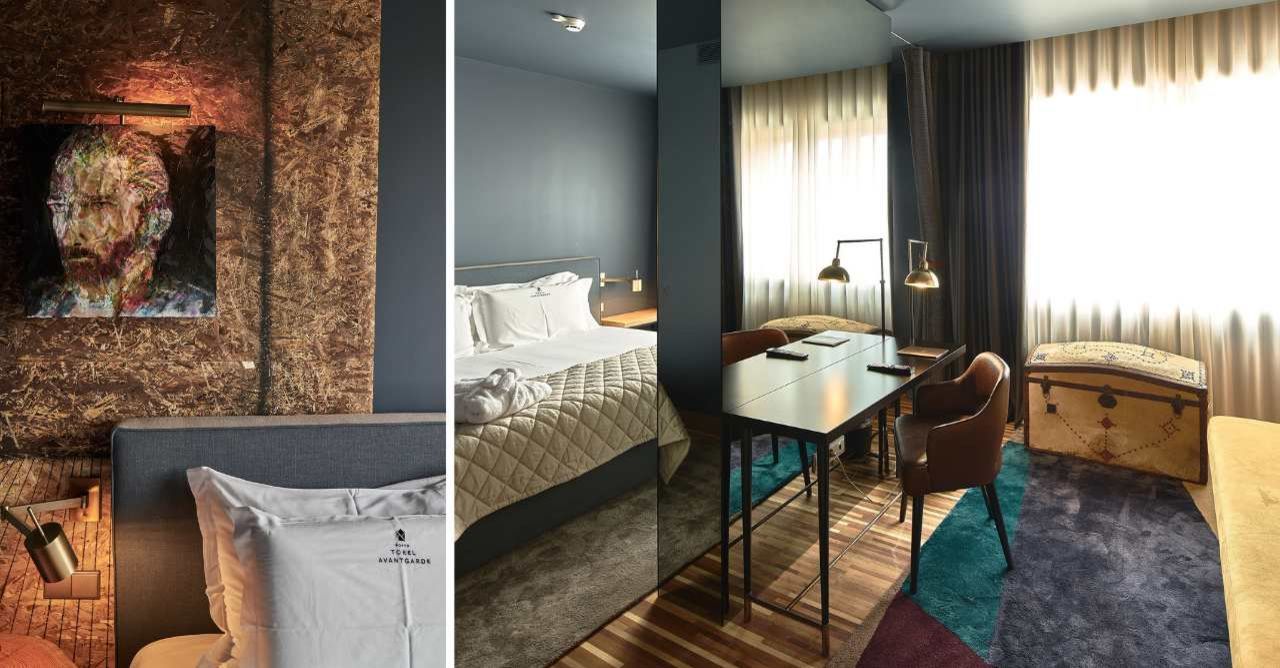 Vincent van Gogh is remembered and praised in our Torel Avantgarde through one of our finest suites.

The painting and the chest present in this suite represent the perspective of your own room, while the physical space represents the continuation of the painting as a symbolism of the breaking of limits between your imagination and real life.

In addition, we honor Vincent van Gogh in this hotel room through the reference to the ear he cut off in one of his outbreaks, as well as using his typical colors, yellow and blue.

Her feelings of isolation and loneliness were the basis of this representation.

Vincent van Gogh was a Dutch painter considered to be one of the most recognizable and influential faces in the history of Western art.

His approximately 2100 works are characterized by bold colors and dramatic, impulsive, and expressive brushstrokes, which contributed to the foundations of Modern Art and distinguished the painter's style.

While alive, the art of Van Gogh was not recognized, having been seen only as a “crazy failure”.

After his death, Van Gogh came to exist in the public imagination as the essence of the misunderstood genius, the artist in whom "discourses on madness and creativity converge".

His reputation began to grow in the early 20th century, as elements of his painting style began to be incorporated by the German Fauvists and Expressionists.

He is now remembered as an important and tragic painter whose troubled personality typifies the tortured artist's romantic ideals.

“The result of thought does not have to be feeling, but activity.” – Vincent Van Gogh