In our Torel Avantgarde, we created the Maisonette Alfred Hitchcock, a room with a balcony a private jacuzzi, and pool, in honor of the “master of cinema”.

The pastel blue and gray panels reflect a gloomy atmosphere.

On the walls, Jorge Curval’s panels show a large “film scene”, which together with small details, such as birds, portrays his most iconic films.

Based in the center of Porto, our hotel overlooking the Douro also has a private pool.

Sir Alfred Joseph Hitchcock was an English filmmaker, producer, and script writer, being one of the most influential and studied filmmakers of producers in the history of cinema.

Known as the 'Master of Suspense', he has directed more than 50 feature films in a career spanning six decades. Hitchcock became as famous as any of his actors thanks to his many interviews and guest appearances in most of his films, producing the TV anthology “Alfred Hitchcock Presents” (1955–65).

His films have been nominated 46 times for Oscars, including six wins. Although he never won the “Best Director” award, he was nominated five times.

“There is something more important than logic: imagination.” – Alfred Hitchcock 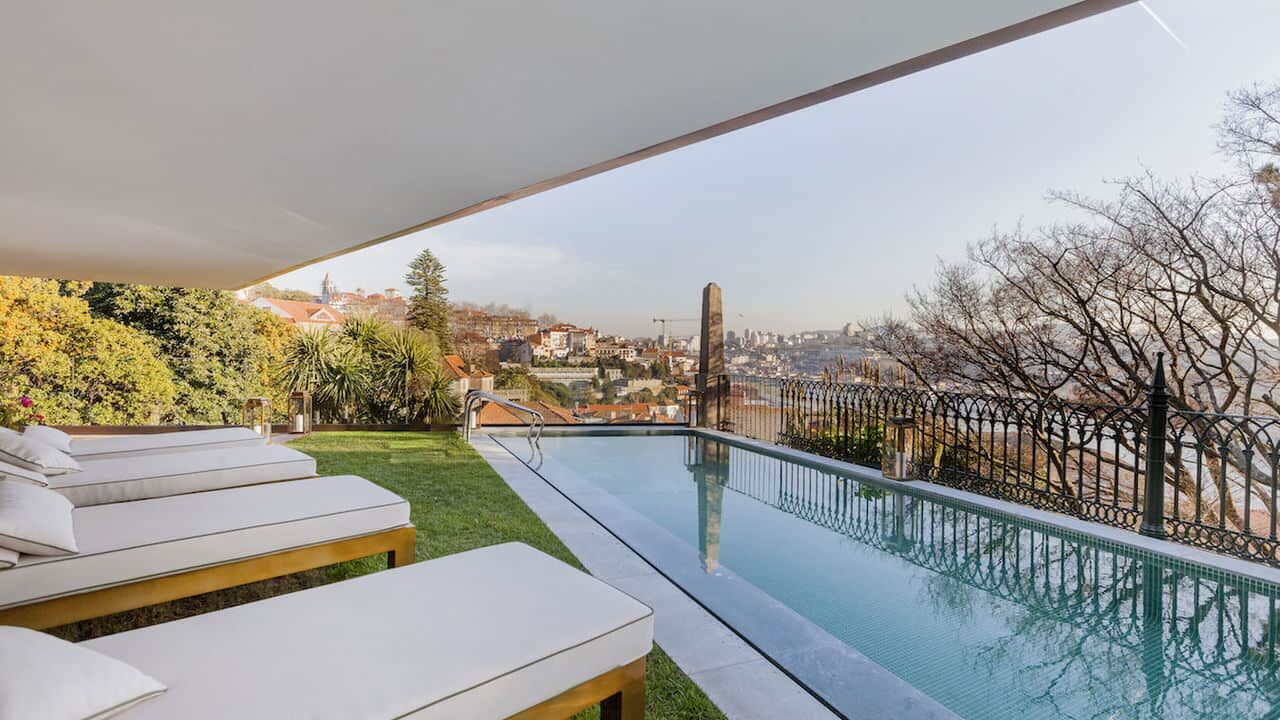