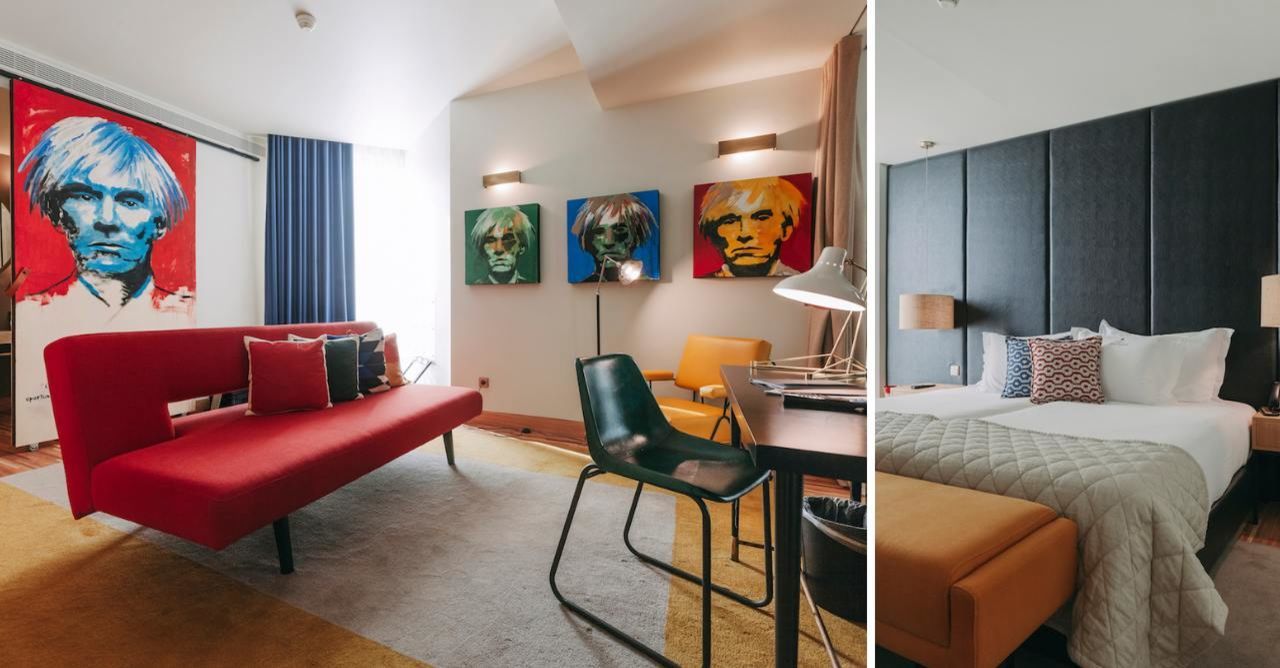 The world of Pop Art is taken to the extreme in the Andy Warhol Suite.

With a red sofa and a yellow chair, the suite has a colorful and intense side, which contrasts with the dark gray of its rugs and the headboard wall.

The choices for the decoration of the suite represent the social criticism that the artist made, with his art, to the consumerist society of the time and the exaggerated cult of public figures “We are all equal and empty”, said Warhol.

In turn, Andy's various portrait paintings represent his artistic expression, while Marilyn Monroe's, present in the bathroom, illustrates one of his greatest works.

Andrew Warhol was an American artist, director, and producer, considered a leading figure in the Pop Art Visual Art Movement.

His works reflect the relationship between artistic expression, celebrity culture and advertising that flourished in the 1960s.

Although much remembered for his paintings on Campbell's Soup Cans and the sequence of portraits of Marilyn Monroe, his works include a variety of artistic expressions, such as painting, screen printing, photography, film, and sculpture.

“Art is anything you can get away with.” - Andy Warhol 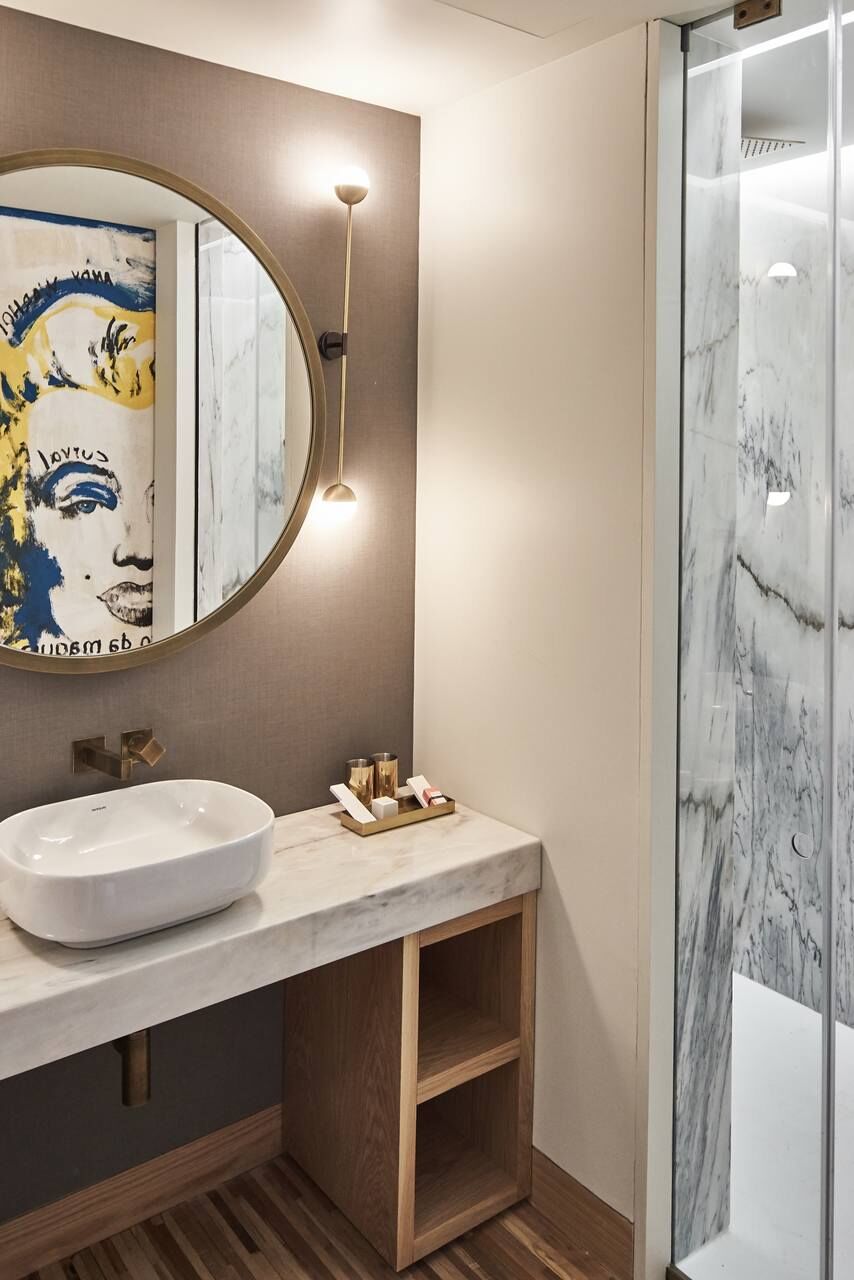 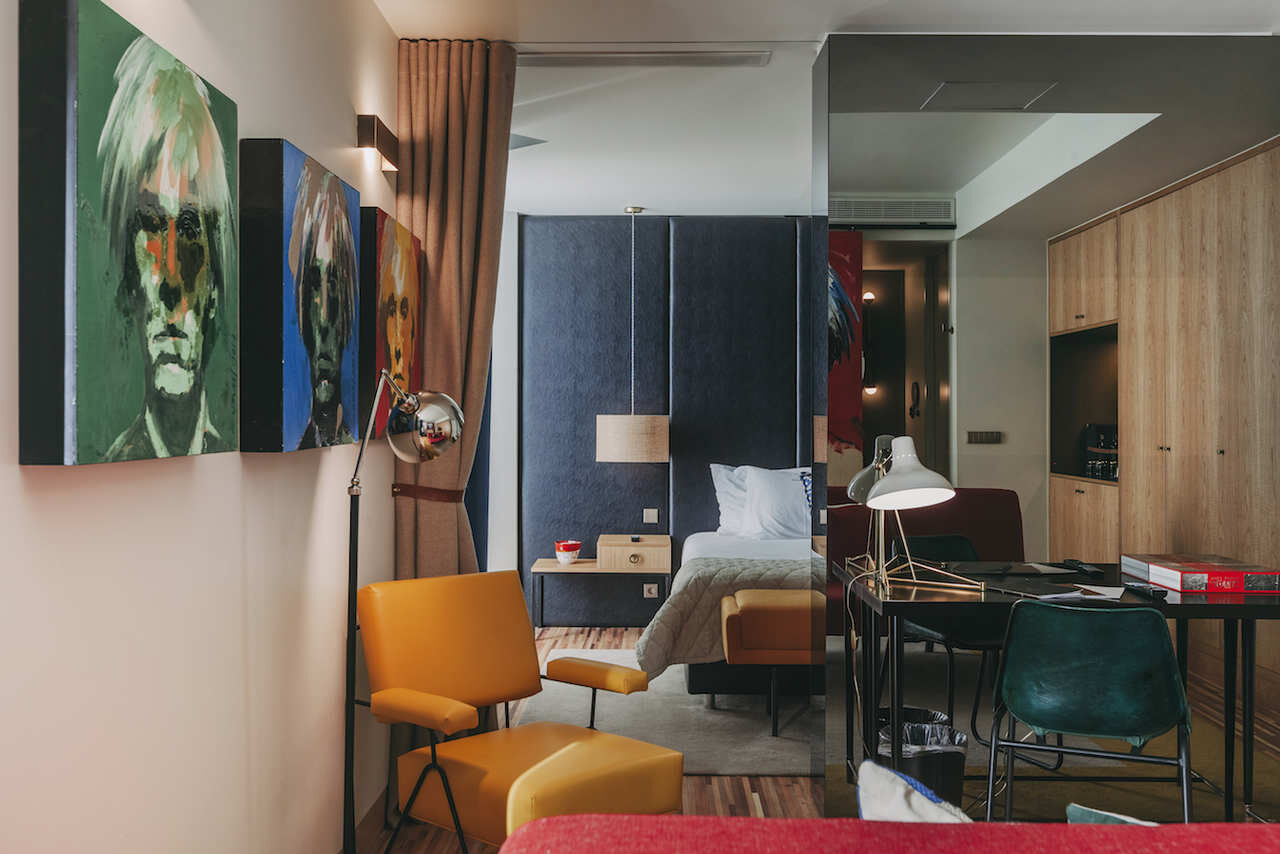 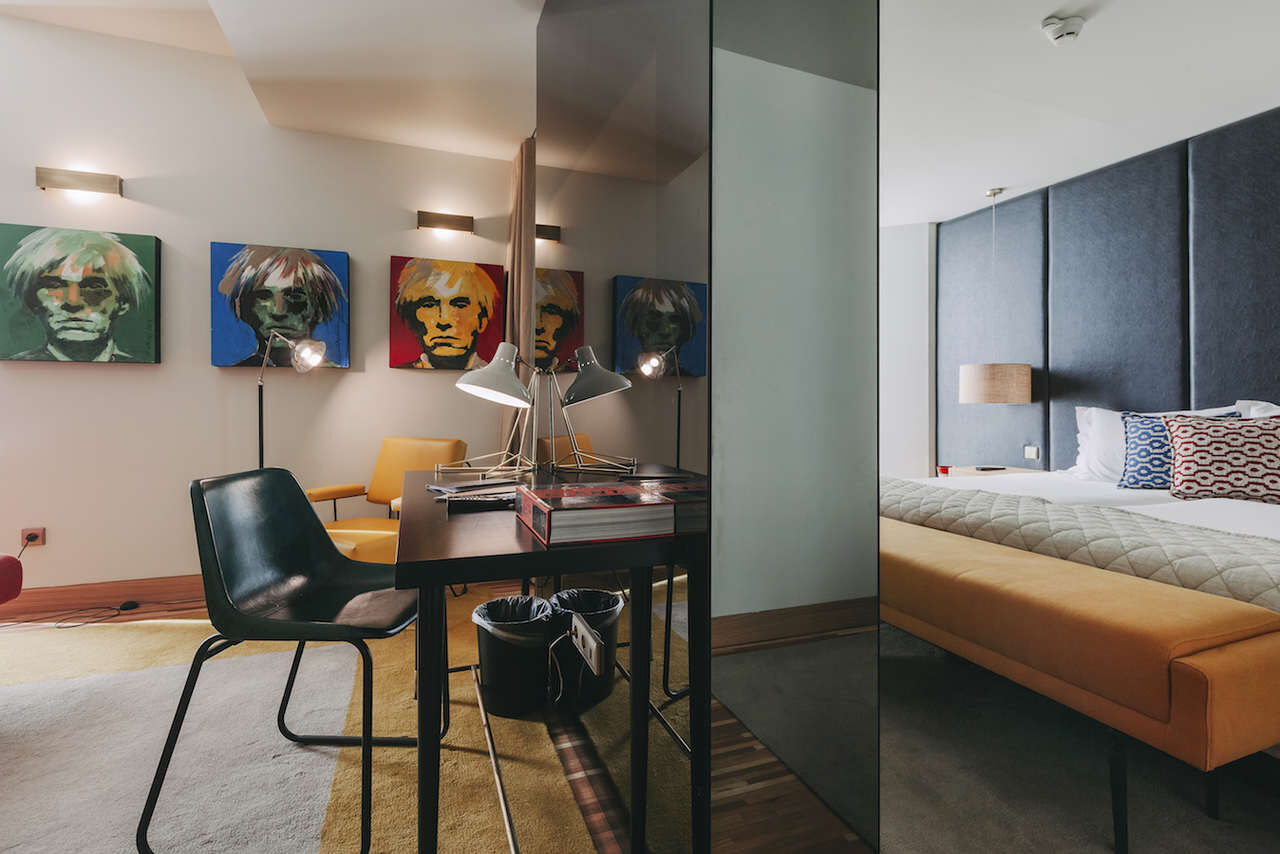