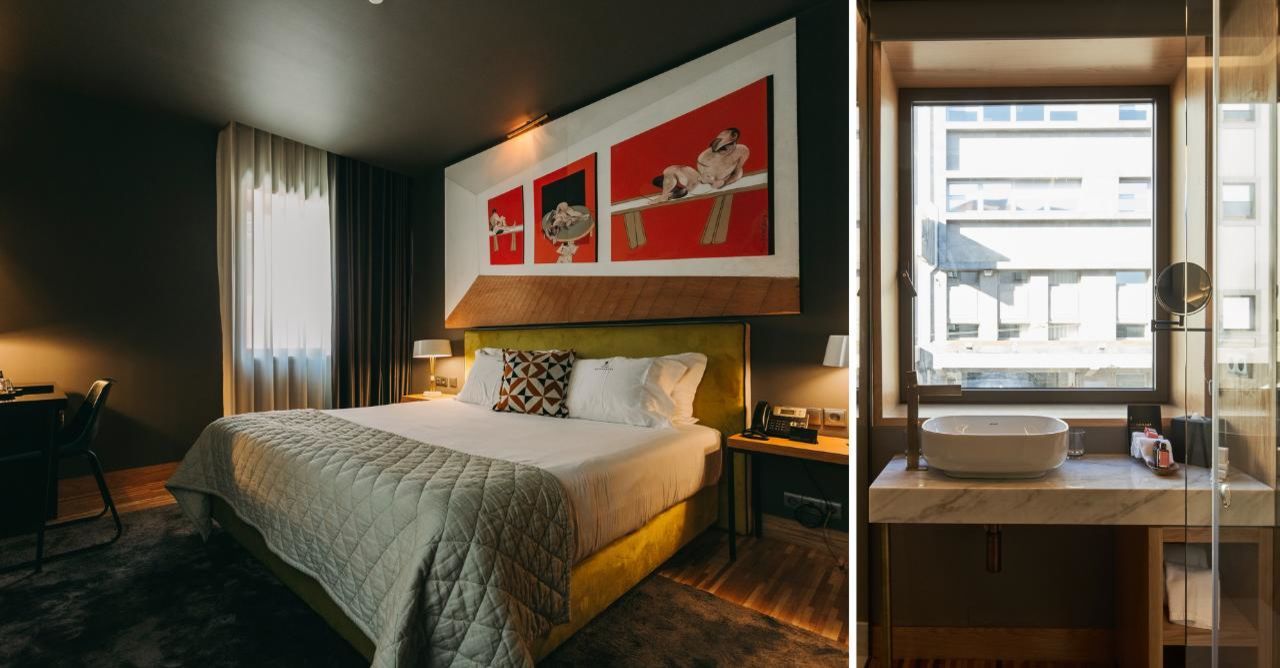 The Executive Francis Bacon hotel room is dark and gray, an analogy of Francis Bacon's somber way of looking at life.

The red of the painting on the yellow and green headboard represents one of his main characteristics as a painter: the use of bodily fluids in his works.

The room is connected to the Joan Miró room and has a double bed.

Known for his strong and rough strokes, Francis Bacon was an Anglo-Irish painter and one of the most recognized exponents of figurative painting.

He produced several iconic portraits of humanity, bruised, and scarred, after the Second World War.

His art also reflected his traumatic childhood and his revolt against the world.