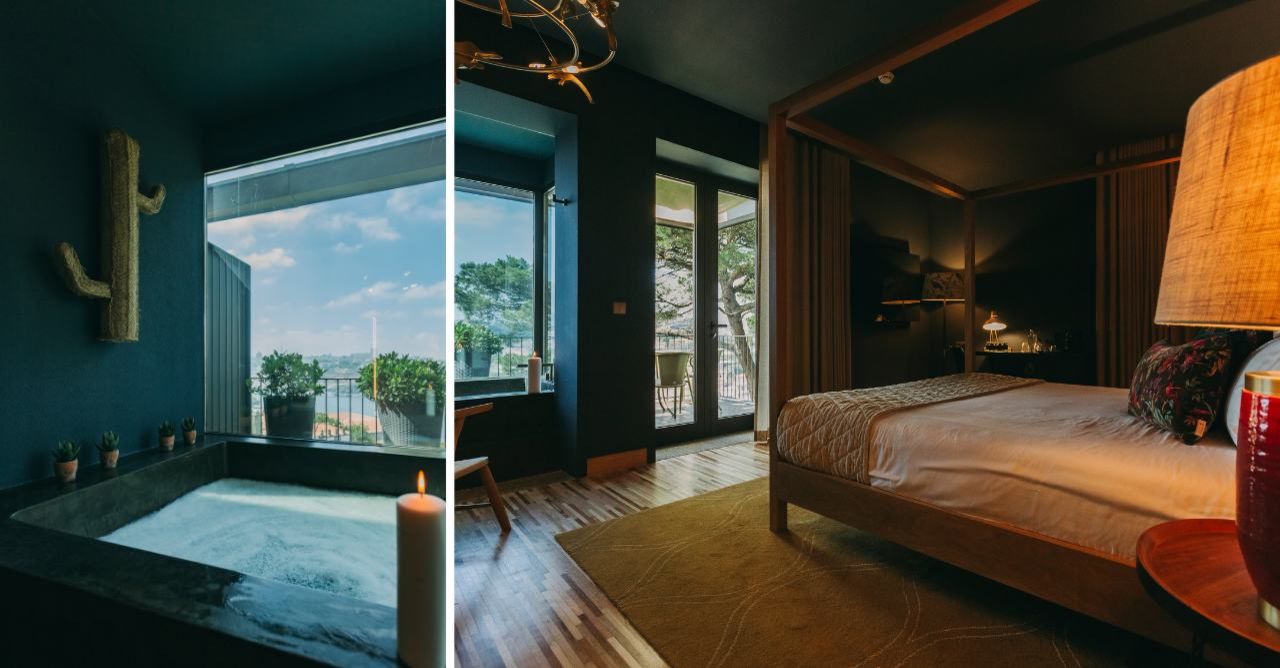 In our boutique hotel, in the center of Porto, our Executive Royal Frida Kahlo is one of the rooms overlooking the Douro, possibly seen through its spacious balcony or the bathtub inside the room.

The first tribute to the artist is made through the four-poster double bed, whose design resembles the bed in which she spent much of her life, resulting from her health problems.

Dark blue colors predominate in the bedroom, representing the strength of character of the artist Frida Kahlo, and a tribute to the city of Porto.

The cactus and birds are important details that refer to her home country: Mexico.

The relationship with the artist Diego Rivera is also praised in our Torel Avantgarde. The rooms not only share the same typology, but they are also strategically based: facing each other.

*One of the most requested room categories in the most artistic hotel in Porto.

Recognized as one of Mexico's greatest artists, Magdalena Carmen Frida Kahlo y Calderón began painting after being seriously injured in a bus accident.

Frida Kahlo was a very active political figure, and she married the communist artist Diego Rivera in 1929.

Frida’s pieces of art were exhibited in Paris and Mexico before her death, in 1954.

Some of her main works:

“If I could give you anything in life, I would give you the ability to see yourself through my eyes. Only then would you realize how special you are to me.”– Frida Kahlo