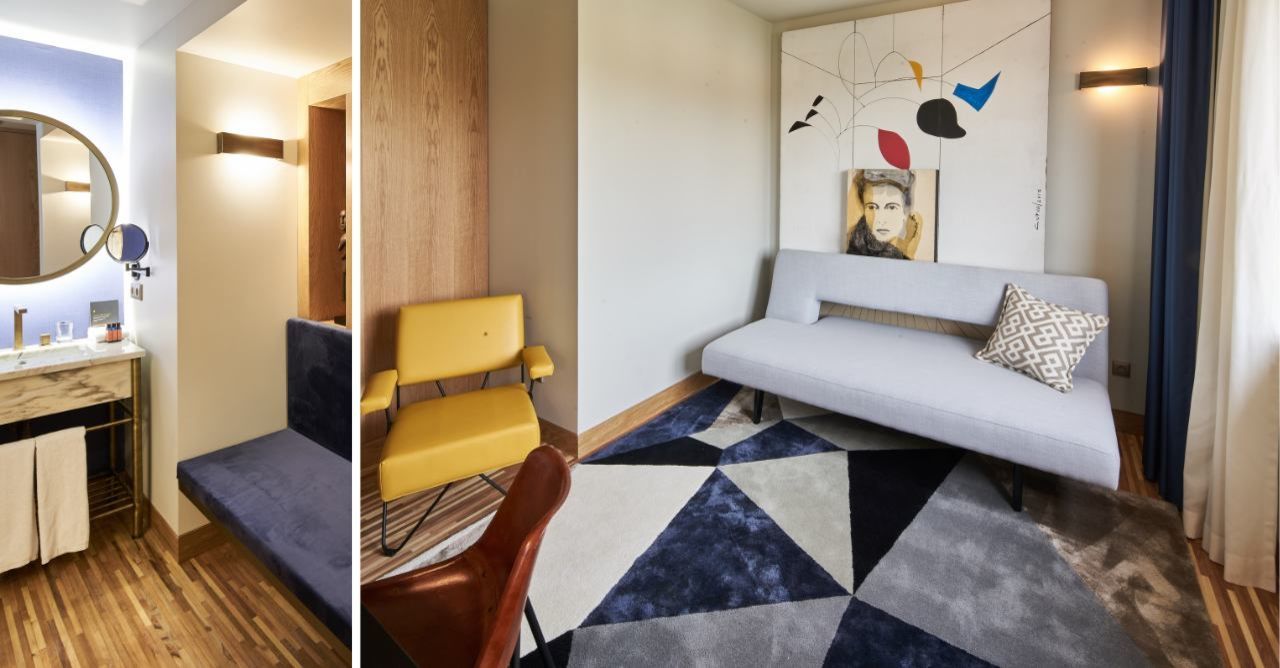 In the center of Porto, our Torel Avantgarde distinguishes this collector in one of our suites.

In our award-winning boutique hotel in Porto, the Peggy Guggenheim Suite is opposite the Executive Deluxe Max Ernst hotel room, as a symbol of their love and togetherness.

Its wealth is portrayed through the glamorous velvet headboard, while the white walls are an analogy to the museums.

Peggy's portrait, made by Jorge Curval, represents her passion for painting.

Peggy Guggenheim created a remarkable collection of art, from Surrealism to Expressionism, in Europe and America, mainly between 1938 and 1946.

Display your collection while building it and, in 1949, he settled in Venice, where he lived and exhibited his collection for the rest of his life.

Most of her paintings were by Max Ernst, with whom she was in love, and by Jackson Pollock, both of whom were also exalted in our hotel in the center of Porto, in an Executive Deluxe and Suite, respectively.

Some of her works:

"I was a liberated woman long before there was a name for it." – Peggy Guggenheim